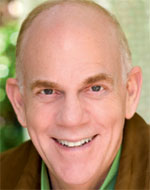 Richard Kaufman has devoted much of his musical life to conducting and supervising music for film and television productions, as well as performing film and classical music in concert halls and on recordings. He is Principal Pops Conductor of Orange County’s Pacific Symphony, and Pops Conductor Laureate of the Dallas Symphony. Since 2004, he has conducted the Chicago Symphony Orchestra concert series, ‘Friday Night at the Movies’, presenting classic and contemporary film music. He is a regular guest conductor with orchestras throughout the US and around the world.

Richard received the 1993 Grammy Award for Best Pop Instrumental Performance for a recording he conducted with the Nuremberg Symphony. Richard’s other recordings include The High and the Mighty with the London Symphony Orchestra, recorded at Abbey Road Studios, and featuring music from classic and contemporary films about flying, film music performed by the Brandenburg Philharmonic Potsdam, a second recording with the Nuremberg Symphony celebrating the 100th anniversary of motion pictures, and two critically acclaimed CDs with the New Zealand Symphony Orchestra, featuring the film music of Alfred Newman and Victor Young.

He has conducted for performers including John Denver, Andy Williams, Nanette Fabray, Mary Martin, Juliet Prowse, Chris Botti, The Beach Boys, Peter Paul and Mary, and Art Garfunkel. As a violinist, Richard performed on numerous film and TV scores including Jaws, Close Encounters of the Third Kind, Saturday Night Fever, and Animal House, as well on recordings with artists including John Denver, Burt Bacharach, The Carpenters, and Ray Charles.

Richard joined the Music Department of Metro-Goldwyn-Mayer Studios in 1984 as Music Coordinator, and for the next 18 years supervised music for all MGM television projects. He received two Emmy Award nominations, one for Outstanding Music Direction and Composition, and another for Outstanding Original Song. He conducted scores for several films including Guarding Tess and Jungle to Jungle. As a unique part of his career in film, Richard has coached various actors in musical roles including Jack Nicholson, Dudley Moore, and Tom Hanks.

Richard has served as Music Director and Conductor for musicals at the Los Angeles Civic Light Opera, and on tours throughout the US including the first national tours of Company (for Hal Prince) and Two Gentlemen of Verona (for Joseph Papp and the New York Shakespeare Festival).

In 2012, Richard received the Distinguished Alumni Award from his alma mater, California State University, Northridge. While a student at CSUN, he composed the University’s Alma Mater and Fight Song. He has appeared as guest speaker at various universities, and is a member of the Music Advisory Board of the Young Musicians Foundation.

Born in Los Angeles, Richard began violin studies at age 7, played in the Peter Meremblum California Junior Symphony, was a member of the Young Musicians Foundation Debut Orchestra, and attended the Berkshire Music Festival at Tanglewood in the Fellowship program. Richard lives in Southern California with his wife, Gayle, a former dancer in film, television and on Broadway. His daughter, Whitney, an honours graduate from Chapman University in Orange, California, is a singer and actress, and for 2 years and a half was a member of the cast of the national tour of Mamma Mia!. Richard is proud to be represented by Opus 3 Artists.