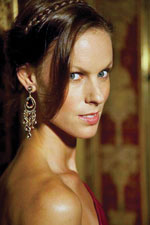 Swedish soprano Ida Falk Winland studied with Lillian Watson at the Benjamin Britten International Opera School (Royal College of Music), and at the National Opera Studio, where she was awarded the Tagore gold medal. She also received the Song Prize at the 2008 Kathleen Ferrier Awards and both the audience prize and the Prize of the ‘Ville de Nîmes’ at the Régine Crespin competition in 2011.