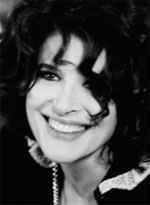 Fanny Ardant has enjoyed a 40-year acting career, and is equally at home in films, television or on stage. Born in Saumur, she spent her childhood travelling to Sweden, Spain, and Great Britain, before settling with her family in Monaco. She studied at the Institute of Political Sciences in Aix-en-Provence then worked at the Office of Foreign Affairs in London, before returning to Paris and joining a drama course. Her first stage appearance was at the 1974 Festival du Marais, playing Pauline in Pierre Corneille’s tragedy Polyeucte.

Her credits include Alain Resnais’ Life is a Bed of Roses, l’Amour à mort, and Mélo, François Truffaut’s Confidentially Yours, Claude Lelouch’s Les Uns et les Autres, and a number of television projects, including Nina Companez’s Les dames de la côte—the series that led to her discovery by Truffaut and casting in The Woman Next Door (with Gérard Depardieu), which established her as one of France’s leading actresses. In the late 1990s she was highly prolific, appearing in the film Beyond the Clouds and Sydney Pollack’s Sabrina, making her return to the theatre, and proving herself a skilled comedienne in Pédale douce (César Award—Best Actress). Recently she reunited with Depardieu in Hello Goodbye, and returned to television in Nos retrouvailles and Raspoutine.