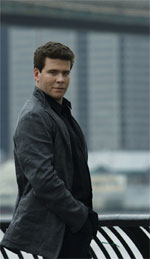 Denis Matsuev continues his artistic involvement with the Serge Rachmaninoff Foundation established by Alexander Rachmaninoff , the grandson of the composer. It was Matsuev who was chosen to present the great composer’s unpublished works, recorded at the composer’s grand piano.

Denis Matsuev is the president of New Names, the Russian Inter-regional Charitable Foundation, and artistic director of the Serge Rachmaninoff Foundation. He is a laureate of the prestigious Shostakovich’s Prize, and is also a People’s Artist of Russia. Denis Matsuev is a member of The Presidential Council for Culture and Art and recently became the head of The Public Council under The Ministry of Culture of the Russian Federation.