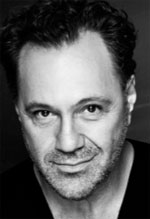 Born in Israel and raised in South Africa, Gidon Saks trained at the Royal Northern College of Music and the University of Toronto. He was a member of the Ensemble of the Canadian Opera, received a full scholarship to the Zurich Opera Studio, and has appeared in many worldwide opera houses, including the Berlin Staatsoper, Royal Opera House, Covent Garden, English National Opera, La Fenice, and Welsh National Opera. His stage highlights include Nick Shadow (The Rake’s Progress), Kaspar (Der Freischütz), Fasolt (Das Rheingold), Duke Bluebeard’s Castle, Hagen (Götterdämmerung), and Boris Godunov.

He has created roles such as George Moscone (Stewart Wallace’s Harvey Milk), Hamilcar (Fénélon’s Salammbô with Bastille Opera), and the Messenger (Alexander Goehr’s Arianna) for the Royal Opera House, and his critically acclaimed performance as Claggart (Billy Budd) with the LSO won a Grammy Award (2010). Other recordings include Abbot (Britten’s Curlew River), the Gravedigger (Weill’s Silbersee), and title roles in Handel’s Hercules and Saul, the latter winning a Gramophone Award. Gidon Saks is also active as a director/designer and is visiting Professor of Voice at the Conservatoire of Ghent in Belgium.