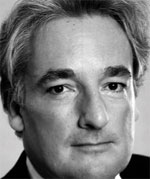 Swiss-New Zealand bass Martin Snell studied singing at the Royal Northern College of Music, and gained his first professional stage experiences at the International Opera Studio, Zurich. He has since been a resident artist with Theater St Gallen, Theater Basel and Luzerner Theater.

Martin has performed widely throughout Europe, Asia and New Zealand with a range of prolific conductors. Performances include Hunding (Die Walküre) with the RSO Berlin, Mahler’s Symphony No 8 with the Sydney Symphony Orchestra, Kuno (Der Freischütz) at the Theater an der Wien, Ariodate (Xerxes) in New Zealand, Ein Notar (Der Rosenkavalier) at La Scala, Milan, Handel’s Messiah in the Sydney Opera House, and Stravinsky’s Oedipus Rex (Téresias) in New Zealand. He has performed at the Bayreuth Festival as Hermann Ortel (Die Meistersinger von Nürnberg), Reinmar von Zweter (Tannhäuser), and Ein Steuermann (Tristan and Isolde), as well as in opera productions in Strasbourg and Vienna, and concert appearances in Denmark, Germany, Spain, Switzerland, and New Zealand. Since 2005 he has worked as a freelance performer based in Lucerne, Switzerland.