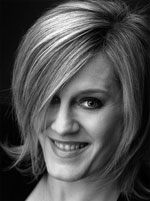 American soprano Jeanne-Michèle Charbonnet has appeared on the stages of the Opéra National de Paris, Teatro Real (Madrid), Deutsche Oper (Berlin), Teatro La Fenice, and the Teatro Comunale di Firenze. Having commenced her career in Italian opera, she has become recognised as a leading force in the German and contemporary music repertoire.

In the 2010–11 season, Jeanne-Michèle returned to the role of Isolde at the Canary Islands Opera Festival and Elektra with Polish National Opera. She also sang Brünnhilde (Götterdämmerung) at Opéra National du Rhin- Strasbourg, and Erwartung with the WDR Köln.