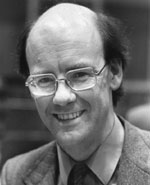 A distinguished figure in both the opera house and on the concert platform, Lionel Friend was educated at the Royal College of Music in London, where he won all the major conducting prizes. Following private study with Hans Schmidt-Isserstedt and Sir Colin Davis, he made his début conducting at the Welsh National Opera and was also conductor and chorus-master for Glyndebourne Festival Opera and Glyndebourne Touring Opera, specialising in Mozart. For three years he was Kapellmeister at the Staatstheater in Kassel, Germany.

On returning to the UK, for thirteen years Lionel Friend held the position of Staff Conductor to English National Opera, conducting more than thirty different productions, including the world première of David Blake's The Plumber’s Gift and BBC Television broadcasts and a Prom in the Royal Albert Hall. He has conducted opera for BBC Radio, Radio France, Netherlands Opera and Opera Northern Ireland.In addition to opera and ballet, Lionel Friend has also given concerts and recorded with many of Europe's principal symphony orchestras and choruses, as well as all the BBC orchestras and many others in the UK. He first appeared with the BBC Symphony at the Royal Festival Hall. Following his début with the Royal Liverpool Philharmonic Orchestra he was immediately re-invited for further concerts; and at Simon Rattle's invitation he conducted a number of programmes with the City of Birmingham Symphony. He has a long-term relationship with The Nash Ensemble both in concert and recordings.