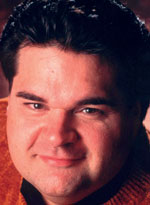 Highlights include Beethoven’s Symphony No 9 in Milwaukee, Verdi’s Requiem with Orchestre National du Capitole in San Sebastian, Toulouse and Paris, Aida in concert in Israel under the baton of Zubin Mehta, followed by his first Manrico in Il trovatore at the Stockholm Royal Opera and his first Cavaradossi in Tosca at Opera på Skäret. Stuart Neill made his debut at the Metropolitan Opera as Arturo (I Puritani), at Teatro alla Scala as Edgardo (Lucia di Lammermoor), at Opéra National de Paris as The Singer (Der Rosenkavalier), and Royal Opera House, Covent Garden as Riccardo (Verdi’s Oberto).