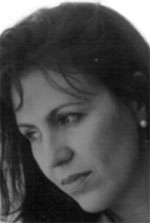 Sara Mingardo was born in Venice and studied at the Benedetto Marcello Conservatory with Paolo Ghitti completing her studies with a scholarship from the Accademia Chigiana of Siena. One of today’s rare and authentic contraltos, she has become a highly sought-after performer for both the concert and operatic stage in a wide range of repertory.

Sara Mingardo was a recipient of the prestigious Grammy Award 2001 for the recording of Les Troyens by Berlioz with Sir Colin Davis and London Symphony Orchestra, and the Diapason d’Or 2003 for the recording of L’Olimpiade by Vivaldi with Rinaldo Alessandrini. Aci, Galatea e Polifemo by Händel, recorded under the baton of Emmanuelle Haïm for Virgin Classics, was awarded the best recording in the Baroque Vocal category at the 2003 Gramophone Awards.