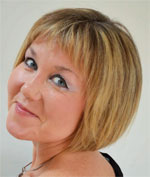 Highlights include a series of concerts of Bach’s cantatas with Laurence Cummings and the Royal Northern Sinfonia, a recital with Christian Curnyn as part of the Spitalfields Festival in London, Handel’s Acis and Galatea (Galatea) and Purcell’s King Arthur with the Early Opera Company, Handel’s Messiah with the Hallé, as well as performances with Dunedin Consort, Oxford Philomusica, and Bach’s Matthew Passion with Paul McCreesh and the Gabrieli Consort. Lawson continues her recital collaboration with Eugene Asti.