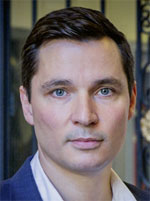 Simon read music at King’s College, Cambridge before studying collaborative piano with Michael Dussek at the Royal Academy of Music in London, and later with Ruben Lifschitz at the Académie de Royaumont, France.

Specialising in song accompaniment, he has regularly collaborated with singers including Benjamin Appl, Ilker Arcayürekk, Christiane Karg, Karen Cargill, Stéphane Degout, Angelika Kirchschlager, Sally Matthews and Mark Padmore. He performs extensively in venues around the world including Carnegie Hall; the Concertgebouw; the festivals of Verbier, Ravinia and Edinburgh; and the Opera houses of Frankfurt, Geneva, Bordeaux, and La Monnaie (Brussels). In his home country, he is often heard on BBC Radio 3 and regularly performs at London’s Wigmore Hall, where he has also curated a series on the songs of Joseph Marx.

He is a committed teacher and is currently professor of collaborative piano and a vocal repertoire coach at the Royal College of Music, London, where he also co-ordinates the collaborative piano course. Since 2003 he has been the official accompanist for the BBC Cardiff Singer of the World Competition.

His discography includes a live recital disc with Stéphane Degout; Mahler songs with Karen Cargill; two volumes of Debussy Songs and a Strauss disc with Gillian Keith; the complete songs of Jonathan Dove with Kitty Whately; Schubert Songs with Ilker Arcayürek; and a recital disc with Dame Felicity Palmer.