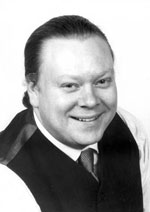 A leading organist of the younger generation, Colm Carey has gained a reputation as a remarkable and distinctive performer. A native of Ireland, he won a scholarship to the Royal Academy of Music in London where he studied with Nicholas Danby and David Titterington, gaining a BMus and the Dip. RAM, the Academy’s highest performing award. He subsequently won the prestigious Julius Isserlis Scholarship from the Royal Philharmonic Society which enabled him to study in the class of Lionel Rogg at the Conservatoire de Musique de Genève where he was awarded the Premier Prix de Virtuosité avec Distinction on completion of his studies. Since his highly acclaimed début in 1994 at Westminster Cathedral in London, Colm Carey has performed in festivals, churches and concert halls in many European countries as well as in Australia, Canada and the USA. He has made numerous appearances throughout the UK and Republic of Ireland and many of his performances have been broadcast on radio stations in the UK, Ireland and America.

Active as a recording artist, Colm Carey’s début recording was J.S. Bach’s Art of Fugue (“a compellingly fluent account”, Gramophone) for Signum Records. His second solo CD, a recording of the Létourneau organ in the Chapel Royal of St Peter ad Vincula in the Tower of London was made Star Recording by The Organ Magazine. More recently he has recorded the Sonata in C minor of Julius Reubke and the 11 Chorale Preludes of Johannes Brahms as well as embarking on a series of recordings of English music, beginning with the sonatas of Bairstow and Whitlock.

Colm Carey is much committed to the development of the organ as a chamber instrument, and to this end he regularly performs with a wide variety of musicians and has comissioned and transcribed many works for different media involving the organ. Colm Carey is co-founder of the annual London Organ Summer Course, a unique programme which brings young organists from around the globe to London for a week of intensive technical and interpretive tuition, as well as an exploration of the instrument and its repertoire in a wider cultural context. In addition to his freelance career, Colm Carey combines the roles of Organist to Her Majesty’s Chapel Royal within the Tower of London, and Belfast City Organist.