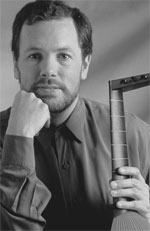 Nigel North was initially inspired into music, at age 7, by the early 60’s instrumental pop group The Shadows. Nigel studied classical music through the violin and guitar, eventually discovering his real path in life, the lute, when he was 15.

Basically self taught on the lute, for over 30 years, he has developed a unique musical life which embraces activities as a teacher, accompanist, soloist, director and writer.

Some “mile stones” on the way have included the publication of a continuo tutor (Faber 1987) representing his work and passion for this subject. The music of J S Bach has been another passion, and the 4 Volume CD collection ‘Bach on the Lute’ was recorded for Linn Records.

The ensemble Romanesca was formed by Nigel, together with Andrew Manze (violin) and John Toll (harpsichord & organ) and for ten years (1988-1998) they explored, performed and recorded 17th century chamber music winning several international awards for their recordings. The ensemble stopped working together at the end of 1998, and since his death in May 2001, John Toll has been deeply missed by the International early music community.

Nigel North also enjoys accompanying singers and is an enthusiastic teacher. For over 20 years he was Professor of Lute at the Guildhall School of Music and Drama, in London; from 1993-1999 he was Professor at the Hochschule der Künste, Berlin and since January 1999 Nigel North has been Professor of Lute at the Early Music Institute of Indiana University, Bloomington in the USA from where he continues his performing career as Soloist, accompanist and chamber musician.