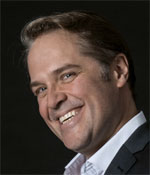 A keen Handelian, his extensive discography includes the operas and oratorios Giulio Cesare, Rodelinda, Rinaldo, Serse, Riccardo Primo, Lotario, Partenope, Fernando Ré di Castiglia, Saul, Deborah, Athalia and Messiah. His solo recordings include Handel Uncaged (Handel’s alto cantatas including a world premiere of Amore Uccellatore), Byrdland (Dowland, Byrd, and Purcell with the Paragon Saxophone Quartet), Lunarcy (lute songs with Shizuko Noiri), and A Royal Trio (opera arias by Handel, Bononcini, and Ariosti). He recently collaborated with Wolfgang Katschner and Vivica Genaux in exploring gender ambiguity and disguise on Baroque Gender Stories, as well as a world premiere recording of Jonathan Dove’s Hojoki with the BBC Philharmonic. With a PhD in Music from Queen’s University Belfast, Lawrence regularly gives masterclasses, lectures and vocal workshops throughout the world and is a Lecturer in Music at Newcastle University.