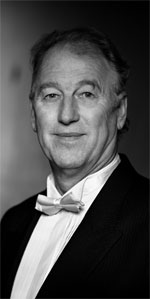 Jac van Steen was born in The Netherlands and studied orchestra and choir conducting at the Brabant Conservatory of Music.

Since participating in the BBC Conductors Seminar in 1985, he enjoys a very busy career and conducts the best orchestras in Europe, which included holding the posts of Music Director and Chief Conductor of the National Ballet of The Netherlands, the orchestras of Bochum, Nürenberg, the Staatskapelle Weimar, The Opera and Philharmonic Orchestra of Dortmund, Musikkollegium Winterthur and Principal Guest conductor at the BBC National Orchestra of Wales. At present he is Principal Guest conductor of the Ulster Orchestra and the Prague Symphony Orchestra.

He made his debut with Opera North in 2013, as well as with the Volksoper in Vienna. In 2015 he has made a very successful debut at the Garsington Opera. He returned to Opera North for several productions and developed a yearly relationship with the Volksoper Vienna and bi-yearly appearances for Garsington Opera such as with Debussy’s Pelléas et Mélisande in 2017 and Smetana’s The Bartered Bride in 2019. In the 2018-19 season he made his debut at the Oslo Opera with two Puccini productions. Jac van Steen visits the UK regularly with the British orchestras such as the Philharmonia Orchestra, the CBSO, Royal Philharmonic, Ulster Orchestra and made his debut in Tokyo with the New Japan Philharmonic and the Malaysian Philharmonic Orchestra. Jac van Steen participates in numerous recordings for the BBC, as well as live broadcasts of his concerts. There are a substantial number of CD recordings of his work with various orchestras.

Besides his activities as conductor, he is dedicated to teaching and is Professor of Conducting at the Royal Conservatory of Music in The Hague. He also regularly works with the Royal Northern College of Music and Chetham School of Music (Manchester) as well as the Royal Academy and Royal College of Music (London). In May-June 2018 he led the Jette Parker Young Artists showcase as organised by the Royal Opera House Covent Garden, London. 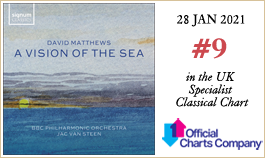