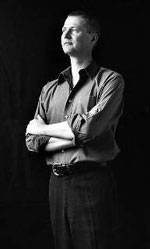 Stephen Coombs first came to musical prominence when, at the age of thirteen, he won second prize at the National Piano Competition. His London debut at the Wigmore Hall, only two years later, set the pattern for an international career which has won him many prizes and awards (including the Gold Medal at the First Liszt Concourse in Hungary) and taken him around the world giving concerts and masterclasses, not only in Britain but also in France, Germany, Italy, Hungary, Switzerland, Scandinavia, Korea, Thailand, the Philippines, Hong Kong and the United States.

Alongside his performances of standard works, Stephen Coombs has an impressive reputation as a champion of the rarities of the piano repertoire. He records extensively for the BBC and his commercial recordings include two-piano works of Ravel and Debussy, the two double piano concertos of Mendelssohn, the Arensky suites for two pianos, piano concertos by Arensky, Bortkiewicz, Glazunov, Goedicke, Hahn and Massenet, and, in the ‘Russian Piano Portraits’ series, the complete solo piano music of Glazunov, as well as discs of Arensky, Bortkiewicz and Liadov.