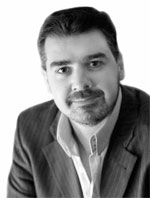 Born in Colchester, Robert studied at the University of Sheffield and the Guildhall School of Music and Drama before embarking on a solo career, both on the opera stage and concert platform.

In 2003 he was awarded the Erich Vietheer Memorial Award at Glyndebourne and subsequently performed Marcello in Puccini's La Bohème, Count (Le Nozze di Figaro), Mr Gedge (Albert Herring) and Falke in Strauss' Die Fledermaus on the Festival Tour. Roles elsewhere include the title role in Rigoletto; Verrina, in the critically acclaimed British première of Lalo’s opera Fiesque; the title role in Le Nozze di Figaro, Demetrius in Britten's A Midsummer Night’s Dream, Papageno in The Magic Flute and Kuligin in Janáček's Katya Kabanova for English Touring Opera and Greek Captain in Berlioz' Les Troyens in the Gramophone Award-winning production at the Châtelet Theatre, Paris.