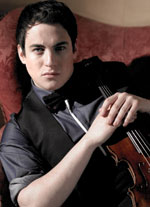 Jack Liebeck is established as one of the most compelling young violinists on the concert platform. He made his concerto debut with the Hallé Orchestra aged fifteen and has since appeared with many of the world’s leading orchestras including the Royal Stockholm Philharmonic, Oslo Philharmonic, Moscow State Symphony, Sinfónica de Navarra, Belgian National, Lausanne Chamber, Queensland Symphony, Auckland Philharmonia, Indianapolis Symphony and all the major British orchestras.

Jack made his acclaimed London recital debut to a sold-out Wigmore Hall in 2002 and has gone on to perform recitals all over Europe, and tour Australia, China, Korea, Taiwan, New Zealand and the USA. Jack is a committed chamber musician, and has appeared at many major festivals including Bath, City of London, Cheltenham, Harrogate, Belfast, Aldeburgh Summer Proms, Kuhmo, Montpellier, Montreux, Reims, Spoleto, Stockholm and the Australian Festival of Chamber Music. Jack is also a member of the Paris-based piano trio Trio Dali.

Jack has an established bond with Oscar-winning composer Dario Marianelli and is featured as soloist on the film scores of Jane Eyre (2011) and the Oscar, Golden Globe and BAFTA-nominated soundtrack for Anna Karenina (2012). Jack is professor of violin at the Royal Academy of Music and is the Artistic Director of Oxford May Music Festival, a festival of Music, Science and the Arts. He plays the ‘Ex-Wilhelmj’ J B Guadagnini dated 1785. 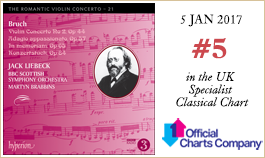 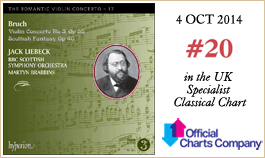