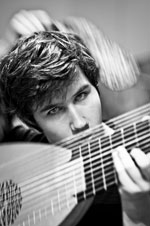 Born in Paris in 1988, Thomas Dunford discovered the lute at the age of nine, thanks to his first teacher Claire Antonini. He completed his studies in 2006 at the Conservatoire Supérieur de Paris (CNR), when he obtained a unanimous First Prize with honours in the class of Charles-Édouard Fantin. Thomas continued his studies at the Schola Cantorum in Basel with Hopkinson Smith, and was awarded his Bachelor’s degree in 2009.

From September 2003 through to January 2005, Thomas gave his first performances playing the role of the lutenist in Shakespeare’s Twelfth Night on stage at the Comédie Française. Since then, Thomas has played recitals in New York’s Carnegie Hall and London’s Wigmore Hall, and made numerous solo or ensemble appearances in the most prestigious European festivals, including Ambronay, Arc La Bataille, Bozar, La Chaise-Dieu, Nantes, Saintes and Utrecht, and has also performed further afield in the United States, Israel, China, Japan and India. 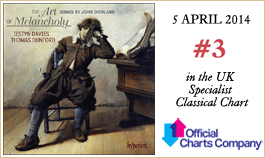