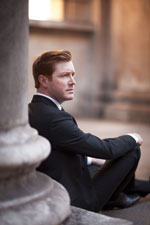 Tim Mead has been praised for the warmth of his voice and the virtuosity and stylistic elegance of his singing. He was a choral scholar at King’s College, Cambridge, before continuing his vocal studies at the Royal College of Music.