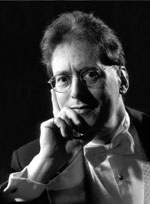 Pianist Robert Levin has been heard throughout the United States, Europe, Australia and Asia, in recital, as soloist, and in chamber concerts. He has performed with the orchestras of Berlin, Birmingham, Boston, Chicago, Cleveland, Los Angeles, Montreal and Vienna with such conductors as Bernard Haitink, Sir Neville Marriner, Seiji Ozawa, Sir Simon Rattle, Esa-Pekka Salonen and Joseph Silverstein. On the fortepiano he has appeared with the Academy of Ancient Music, London Classical Players, Orchestra of the Age of Enlightenment and Orchestre Révolutionnaire et Romantique, with Sir John Eliot Gardiner, Christopher Hogwood, Sir Charles Mackerras, Nicholas McGegan and Sir Roger Norrington. He has performed frequently at such festivals as Sarasota, Tanglewood, Ravinia, Bremen, Lockenhaus, and the Mozartwoche in Salzburg. As a chamber musician, his partners include Steven Isserlis and Kim Kashkashian.

Robert Levin is renowned for his restoration of the Classical period practice of improvised embellishments and cadenzas; his Mozart and Beethoven performances have been hailed for their active mastery of the Classical musical language. He has made many recordings, including the complete Bach concertos with Helmuth Rilling as well as the English Suites and the Well-tempered Clavier for Hänssler’s 172-CD Edition Bach-Akademie, a Beethoven concerto cycle with Sir John Eliot Gardiner and the Orchestre Révolutionnaire et Romantique for DG Archiv, and a Mozart concerto cycle with Christopher Hogwood and the Academy of Ancient Music for Decca L’Oiseau-Lyre.

Robert Levin studied the piano with Louis Martin and composition with Stefan Wolpe in New York. He worked with Nadia Boulanger in Fontainebleau and Paris while still in high school. Since graduating from Harvard University, he has taught at the Curtis Institute of Music, the School of the Arts, Purchase College, State University of New York, the Conservatoire Américain in Fontainebleau, France, the Staatliche Hochschule für Musik in Freiburg im Breisgau, Germany, and more recently back at Harvard.

In addition to his performing activities, Robert Levin is a noted theorist and Mozart scholar. His completions of Mozart fragments (published by Bärenreiter, Breitkopf & Härtel, Hänssler, and Peters), his cadenzas for concertos by Mozart and Beethoven, his reconstruction of Mozart’s Sinfonia concertante in E flat major for four winds and orchestra, K297b, and his completion of Mozart’s Requiem have all been performed and recorded many times. 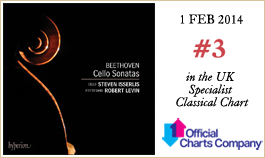