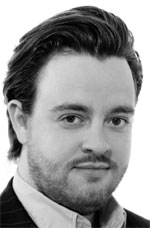 Ben Johnson quickly established himself as one of the most exciting tenors of his generation. He studied with Neil Mackie and Tim Evans-Jones at the Royal College of Music Benjamin Britten International Opera School. Winner of the Kathleen Ferrier Awards in 2008, he is also a prizewinner at the Wigmore Hall International Song Competition and the Gerald Moore Awards (singer’s prize).

In recital he works regularly with Graham Johnson. They performed together at the Wigmore Hall, the Ruhr Klavier Festival in Germany, Aldeburgh Music, and have recorded songs by Poulenc for Hyperion records. He also works with Roger Vignoles, Malcolm Martineau, and James Baillieu. In 2011/12 season, he has sung Britten Canticles at deSingel, Antwerp with Roger Vignoles. He has also appeared at City of London Festival, Rosenblatt Recitals, Kings Place, Lake District Summer Music and a Kathleen Ferrier celebrations concert at the Wigmore Hall.