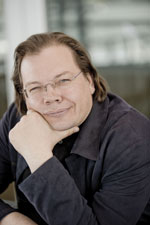 Perhaps most renowned for his tenure as the Music Director of the Bolshoi from 2001 to 2009, Alexander Vedernikov’s international reputation has gone from strength to strength and he is in high demand as a guest conductor. He works regularly with a number of orchestras, including the London Philharmonic, Danish National Symphony, BBC Symphony, Orchestra Sinfonica di Milano Giuseppe Verdi, NHK Symphony, Netherlands Radio Philharmonic, City of Birmingham Symphony, Orchestra della Svizzera Italiana (with Martha Argerich at the Martha Argerich Project in Lugano), Netherlands Philharmonic, Orchestre Philharmonique de Radio France, Gothenburg Symphony, Bergen Philharmonic and the Czech Philharmonic. Debuts with the Orchestre de Paris and Bournemouth Symphony both resulted in immediate reinvitations. In 2009 Alexander took up the role of Chief Conductor of the Odense Orchestra in Denmark.

Alexander Vedernikov is a frequent conductor at Berlin’s Komische Oper, and has worked throughout Italy at La Scala, La Fenice, the Teatro Comunale di Bologna, the Teatro Reggio di Torino, and Rome Opera. He has been credited with rebuilding the Bolshoi Theatre’s historical reputation for artistic excellence. He was also responsible for developing the Bolshoi’s programme of symphonic concerts, which featured very broad repertoire, and under his direction the Bolshoi orchestra toured extensively.

Russia’s great institutions of music and theatre and their distinctive traditions have played a decisive role in shaping Alexander Vedernikov’s artistry. Born in Moscow in 1964, he was raised in a musical family. His father, also named Alexander, was a singer famed for his interpretations of such roles as Boris Godunov and Kutuzov in Prokofiev’s War and Peace; his mother was a professor of organ at the Moscow Conservatory. His deep commitment to Russian repertoire reaches far beyond the usual range of Romantic and twentieth-century masterworks, and he is a tireless champion of the work of Georgy Sviridov, Mieczysław Weinberg and Boris Tchaikovsky, as well as Taneyev and Glinka. 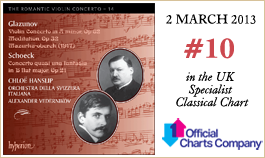