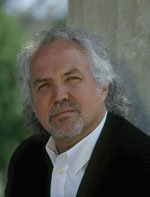 The appointment of Donald Runnicles to Deutsche Oper Berlin in 2009 united one of today’s leading Wagnerian conductors to one of the world’s premiere repertory opera companies with a long and grand Wagnerian tradition. As its General Music Director, Mr Runnicles leads approximately forty performances of both operas and concerts each season.

As Chief Conductor of the BBC Scottish Symphony Orchestra, Mr Runnicles has literally returned home. A Scot by birth, he conducts five weeks of the orchestra’s subscription concerts in Scotland and northern England, and anchors its substantial presence at the Edinburgh Festival and BBC Proms. In 2010 he led the orchestra on a tour of Germany and Austria, culminating with its first appearance in Vienna’s Konzerthaus.

Mr Runnicles began conducting in Mannheim, and was an assistant at the Bayreuth Festival during the 1980s before making his North American debut in 1988, conducting Berg’s Lulu at the Metropolitan Opera, New York. From 1989 to 1993 he was General Music Director of the City of Freiburg. In 1990, following two Ring cycles for San Francisco Opera, he became its Music Director. He served there for seventeen seasons during which time he led more than sixty-five productions, including the world premiere of John Adams’ Dr Atomic and the American premiere of Messiaen’s St Francis of Assisi. At the close of his tenure, he was given the San Francisco Opera Medal, the company’s highest honour. He has frequently conducted at the Salzburg and Bayreuth Festivals.

He is equally at home in symphonic repertoire, and is sought after by the world’s finest symphony orchestras. As well as being Principal Guest Conductor of the Atlanta Symphony Orchestra for a decade he also maintains continuing relationships with the Berlin Philharmonic, London Symphony, and Philadelphia orchestras.

Donald Runnicles was appointed to the Order of the British Empire (OBE) in 2004 and holds honorary degrees from the University of Edinburgh, the San Francisco Conservatory of Music, and the Royal Scottish Academy of Music and Drama.