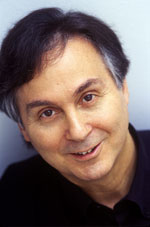 The distinguished career of Texas-born cellist Ralph Kirshbaum, which encompasses the worlds of solo performance, chamber music, recording and pedagogy, places him in ‘the highest echelon of today’s cellists’ (Los Angeles Times). He enjoys the affection and respect not only of audiences worldwide but also of his many eminent colleagues and students.

Ralph Kirshbaum has appeared with many of the world’s great orchestras and most esteemed conductors. His repertoire ranges from Haydn and Dvorák to Prokofiev and Lutoslawski. He appears regularly at prominent international festivals and maintains an active chamber music schedule with long-time colleagues and friends. Having enjoyed a thirty-year collaboration with pianist Peter Frankl and violinist Gyorgy Pauk, he now tours regularly with violinist Robert McDuffie and violist Lawrence Dutton, and has performed frequently with Pinchas Zukerman and Peter Jablonski. Other collaborators have included Lang Lang, Joshua Bell, Leif Ove Andsnes, Vadim Repin, Joseph Swensen, Wu Han and Yefim Bronfman.

In addition to his solo career Ralph Kirshbaum is a much-respected pedagogue who has influenced generations of young cellists. He has been on the faculty of the Royal Northern College of Music in Manchester for thirty-five years, and in 2008 accepted the Gregor Piatigorsky Endowed Chair in Violoncello at the University of Southern California’s Thornton School of Music.

Bach forms an important part of Ralph Kirshbaum’s musical activities; he has performed the complete cycle of Bach cello suites in London’s Wigmore Hall, New York’s Metropolitan Museum of Art, and in Sydney, Edinburgh, Lyon and San Francisco. Kirshbaum’s many recordings include the premiere recording of Tippett’s Triple Concerto for Philips, Gramophone’s ‘Record of the Year’ in 1983.

Resident in London and Los Angeles, Ralph Kirshbaum remains a US citizen with a great love of American football, tennis and Texan food. He served on the US President’s Committee on the Arts and Humanities from 2003 to 2008, and has written about music and musicians for a number of journals and periodicals. The rare Montagnana cello that Ralph Kirshbaum plays once belonged to the nineteenth-century virtuoso Piatti. 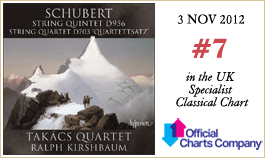