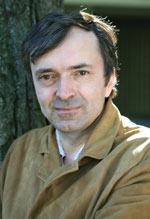 The first prize in the 1979 Hungarian Radio Competition launched pianist Péter Nagy into a remarkable international career at a young age. Nagy had been admitted at the age of eight to the Liszt Academy of Music in Budapest, and at the age of eleven he won the second prize of the International Concours in Usti nad Labem (Czechoslovakia). In 1980 he was acclaimed at the Bordeaux Festival of Young Soloists and on the Bratislava International Rostrum for Young Interpreters.

Nagy’s concerts include tours throughout Europe, performing concertos and solo recitals in Finland, Germany, Greece, Russia, throughout the former Soviet Union, France (where he has performed at the Louvre in Paris), and London (notably at Wigmore Hall), as well as many other engagements. He has given recitals at the 92nd Street Y in New York, the Sydney Opera House, in New Zealand and throughout Japan. Among his concerto engagements in Japan are appearances as a soloist with the Tokyo Symphony Orchestra and the Yomiuri Symphony Orchestra.

Péter Nagy is also active as a teacher, holding positions as professor of piano at the Liszt Academy in Budapest and professor of piano at the Hochschule für Musik in Stuttgart. He has been regularly invited to give masterclasses at the Liszt Hochschule für Musik in Weimar. Recent achievements include a performance of Ligeti’s Piano Concerto in Budapest. In 2001 he received the prestigious Liszt Award.