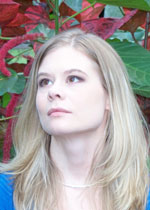 Lina Markeby was born and undertook her initial vocal training in Sweden, before coming to study in the UK at the Guildhall School of Music and Drama.

She works regularly with William Christie and Les Arts Florissants with whom she has performed the role of Second Woman in Deborah Warner’s Dido and Aeneas (released on DVD) at Wiener Festwochen and subsequent revivals at the Opéra-Comique in Paris, De Nederlandse Opera in Amsterdam and at the Barbican Centre. With John Eliot Gardiner she has performed Mozart Opera Galas as Idamante and Sesto at the Royal Opera House, the Teatro Real in Madrid, the Salle Pleyel in Paris and in Pisa. For English National Opera she has sung in Katie Mitchell’s After Dido at the Young Vic, conducted by Christian Curnyn, and has covered the role of Arsace in Handel’s Partenope.