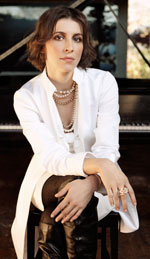 Nadejda Vlaeva’s playing has been acclaimed wherever she has appeared. Pianist Lazar Berman has called her talent ‘God-given’, while conductor Hans Graf observed that ‘her musicality and the depth of her interpretation amazed me’. Arnold Steinhardt, leader of the Guarneri Quartet, praised her as ‘one of those people of extraordinary ability whom we hope for but rarely see’. Vlaeva has given solo recitals and appeared with orchestras throughout Europe, Asia and North America. She has been invited to numerous music festivals, and has performed in many prestigious concert halls, such as Carnegie Hall and the Lincoln Center in New York, the Royal Concertgebouw in the Netherlands, and the Oriental Art Center in Shanghai.

Nadejda Vlaeva received the Grand Prix du Disque for her recording of Liszt piano music, while her album A Treasury of Russian Romantic Piano was described by critics as ‘truly inspired … exquisite knockout performances’. For Hyperion, Vlaeva became the first pianist to record the complete Bach transcriptions of Camille Saint-Saëns, which were hailed by BBC Music Magazine as ‘positively stunning’. Her album of piano music by Sergei Bortkiewicz, championed as ‘absolutely first class’, was a MusicWeb International Recording of the Year and contained several premiere recordings.

Vlaeva collaborates regularly with musicians of international renown, including American composer Lowell Liebermann, who has composed two works for her, and violinist Joshua Bell. Vlaeva recorded soundtrack music for the documentary film In Search of Cezanne, produced by Academy Award-winner Allan Miller, and collaborated with BBC Planet Earth at the EG Conference in California.

Nadejda Vlaeva was born in Sofia, Bulgaria. She studied piano with Anton Dikov, Jan Wijn, Ruth Laredo and Lazar Berman, the last of whom she considers her mentor. Vlaeva currently divides her time between New York and Europe. Nadejda Vlaeva is a Yamaha Artist. 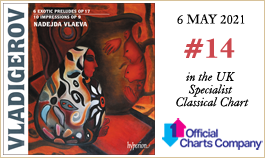 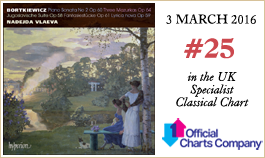