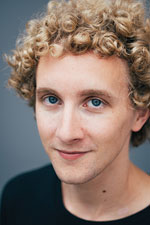 Born in Hereford, Gwilym Bowen was a choral scholar at Trinity College, Cambridge, where he graduated with double first-class honours in Music, subsequently studying at the Royal Academy of Music.

In opera, his diverse repertoire has included Pelléas in Pelléas et Mélisande, multiple roles in L’incoronazione di Poppea and Il ritorno d’Ulisse in patria with the Academy of Ancient Music, Angers Nantes Opéra and The Grange Festival, Tom Rakewell in The Rake’s Progress and Lysander in A Midsummer Night’s Dream in Aldeburgh. He is regularly involved in new opera, having created the roles of Tamino in Be With Me Now at the Festival d’Aix-en-Provence, the protagonists in Kate Whitley’s Unknown Position and 0520, and Smith in Matt Rogers and Sally O’Reilly’s And London Burned.

Gwilym has performed extensively in concert, including the Evangelist in Bach’s Passions around the world, cantatas with Masaaki Suzuki at Alice Tully Hall, Mahler’s Das Lied von der Erde with the City of London Sinfonia, and Handel’s Messiah and Bach’s Mass in B minor and Christmas Oratorio with Stephen Layton and the Orchestra of the Age of Enlightenment, as well as the arias in a world-first Welsh-language television broadcast of the St John Passion.

In addition to a busy performing schedule, Gwilym also prepares performing editions, writes on music both on his blog and for the Three Choirs, St Davids Cathedral and Cheltenham Festivals, and has recorded his own ill-advised arrangements of Bach for multiple banjos.