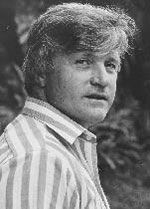 see also Ross Pople (cello)
Raised in his native New Zealand, Ross Pople's musically formative years were spent among some of the finest European emigrants to that country, such as Georg Tintner, Peter Langer and Franz Rosner, who took keen interest in his development. At the age of sixteen Pople's talent propelled him to Europe to study at the Royal Academy of Music in London with Muriel Taylor, and to the Paris Conservatoire for study with André Navarra and Nadia Boulanger.

To express his creative energy Pople founded the London Festival Orchestra, led by Elin Goren. He revelled in the freedom which this group of dedicated musicians allowed him. Pople's pioneer spirit and commitment to formulate his own interpretation of the works in his extensive repertoire took him to all corners of the world, from large and famous concert halls to places where no orchestras had been before, from the Berlin Philharmonie to Asuncion, Paraguay, and from the Concertgebouw in Amsterdam to a beachside stage in the Seychelles.

Closer to home, Pople's Beethoven cycle at the Barbican in the Hochhauser Concert Series delighted audiences and critics alike. In all his concert series Pople provided not only a platform for established soloists, but also introduced many outstanding young musicians to the spotlight, among them Tasmin Little, Bryn Terfel and Pascal Roge. In the Birthday Series at the Queen Elizabeth Hall he created an anthology of all the great composers and presenting intriguing and unusual programmes combining symphonic and chamber works. The Cathedral Classics series, Pople's touring festival of music in Cathedrals, attracted broadcast by BBC TV and Radio, had its own mini-series on BBC2 and led to invitations to visit Germany and Holland. The Concertgebouw performance was televised by Dutch TV.

Pople's conducting affirms his irrepressible musical convictions and drive. He has built up an extraordinary repertoire, boasting not only a sound knowledge of the Classical and Romantic but also a strong affinity to the new. He has close ties with the music of George Benjamin, John Casken, Edwin Roxburgh, Britten, Lutoslawski, Tavener and Boulez and has commissioned thirteen new compositions for himself and the LFO.