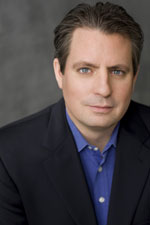 One of the most gifted and distinguished lyric tenors of his generation, and winner of the Metropolitan Opera’s 2008 Beverly Sills Artist Award, Matthew Polenzani has been praised for the artistic versatility and fresh lyricism that he brings to concert and operatic appearances on leading international stages. He was also recognized as the 2004 Richard Tucker Award winner.

Among the many highlights from recent Metropolitan Opera seasons were performances of La Traviata opposite Renée Fleming, the title role of Roméo et Juliette opposite Anna Netrebko, and Die Entführung aus dem Serail opposite Diana Damrau, as well as the premieres of Julie Taymor’s production of Die Zauberflöte, Francesca Zambello’s production of Les Troyens (both with James Levine), Marthe Keller’s production of Don Giovanni with Sir Andrew Davis, and Jürgen Flimm’s production of Salome with Valery Gergiev. Commitments outside New York have included productions of La Traviata at the Lyric Opera of Chicago, the Teatro Comunale di Firenze, and the Aix-en-Provence Festival; Lucia di Lammermoor at the Paris Opera; L’elisir d’amore at the Vienna State Opera, Teatro San Carlo, and Rome Opera; Così fan tutte at Covent Garden with Sir Colin Davis and at Seattle Opera; and debuts at La Scala in La Traviata as well as at the Salzburg Festival in Don Giovanni.

Past concert appearances have included Berlioz’s Te Deum with Sir Colin Davis and the Boston Symphony Orchestra, La damnation de Faust with David Zinman and the Saint Louis Symphony Orchestra, and Rossini’s Stabat Mater with the Orchestre National de France under Jesús López-Cobos. A committed recitalist, he has appeared with Roger Vignoles at the Verbier Festival, with Julius Drake under the auspices of Lincoln Center and the Philadelphia Chamber Music Society, and has presented Janácek’s The Diary of One Who Vanished at Zankel Hall with pianist Richard Goode.