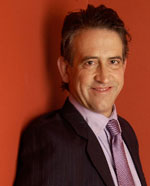 Peter Noke pianist and organist, whose work extends internationally as a performer, teacher, presenter and mentor.

Peter has recorded for BBC Radio and Television and for Hyperion Records. More recently his two piano work with Julian Hellaby has led to a number of recording project, including a disc of 20th-century music for two pianos.

His work as a teacher has involved every age range and he currently teaches piano at Sedbergh School in Cumbria and at Lancaster University. He has examined for ABRSM since 1990 and travels frequently as a mentor and presenter, giving seminars internationally.