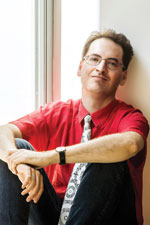 Dénes Várjon’s sensational technique, deep musicality and wide range of interests have made him one of the most exciting and highly regarded participants in international musical life. He is a universal musician: excellent soloist, first-class chamber musician, artistic leader of festivals and highly sought-after piano pedagogue.

Widely considered to be one of the greatest chamber musicians, he works regularly with pre-eminent partners such as Steven Isserlis, Tabea Zimmermann, Kim Kashkashian, Jörg Widmann, Leonidas Kavakos, András Schiff , Heinz Holliger, Miklós Perényi and Joshua Bell. As a soloist he is a welcome guest at major concert series and international festivals, from New York’s Carnegie Hall to Vienna’s Konzerthaus and London’s Wigmore Hall, Marlboro to Salzburg and Edinburgh. He is frequently invited to work with many of the world’s leading symphony orchestras, and he has worked with many renowned conductors, including Sir Georg Solti, Sándor Végh, Iván Fischer, Ádám Fischer, Heinz Holliger, Horst Stein, Leopold Hager and Zoltán Kocsis.

He also performs frequently with his wife Izabella Simon in four-hands and two-pianos recitals. In the past decade they have organized and led several chamber music festivals, most recently ‘kamara.hu’ at the Franz Liszt Music Academy in Budapest. For some years he has worked closely with Alfred Brendel: their Liszt project has been presented in many countries. He has made many recordings to critical acclaim: a solo recital with pieces by Berg, Janácek and Liszt was released in 2012, and in 2015 he recorded the Schumann piano concerto with the WDR Symphonieorchester and Heinz Holliger, and all five Beethoven piano concertos with Concerto Budapest and András Keller.

Dénes Várjon graduated from the Franz Liszt Music Academy in 1991, having studied with Sándor Falvai, György Kurtág and Ferenc Rados, and also regularly participated in international masterclasses with András Schiff. Dénes won first prize at the Piano Competition of Hungarian Radio, at the Leó Weiner Chamber Music Competition in Budapest and at the Géza Anda Competition in Zurich. He is professor at the Franz Liszt Music Academy in Budapest and has been awarded the Liszt, Sándor Veress and Bartók-Pásztory prizes. He also works for Henle’s Urtext Editions. 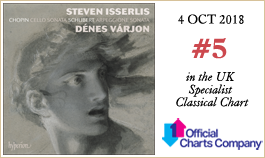