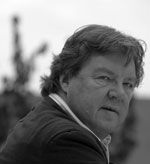 One of the great Lieder singers of our time, Robert Holl has increasingly been in demand on the world’s great opera stages. He now appears regularly in opera houses such as Vienna State Opera, Berlin State Opera Unter den Linden and Zurich Opera. Since 1996 he has appeared regularly at the Bayreuth Festival. His concert repertoire tends to focus on German and Russian composers, and he has become a leading interpreter of the great Wagner roles such as Hans Sachs, Landgraf Herrmann, Daland, König Marke and Gurnemanz.

His recital partners have included Daniel Barenboim, Oleg Maisenberg, András Schiff and Roger Vignoles, and he has worked with conductors such as Claudio Abbado, Daniel Barenboim, Pierre Boulez, Nikolaus Harnoncourt and Christian Thielemann.

Born in Rotterdam, Robert Holl studied in the Netherlands and later with Hans Hotter in Munich. He won First Prize at the International Music Competition of the German Broadcasting Association (ARD) in Munich. Now resident in Austria he was awarded the prestigious Austrian title of Kammersänger and is a professor at the University for Music in Vienna.