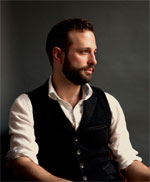 Named one of his generation’s most consistently satisfying performers by Opera magazine, tenor Peter Tantsits excels in the opera and a variety of concert repertoire up to the complex works of Milton Babbitt, Luigi Nono, György Ligeti, Karlheinz Stockhausen, Pascal Dusapin, and Bernd Alois Zimmermann. In January 2020 he gave his debut at the Royal Opera House Covent Garden London, and future engagements include his debut at the Salzburg Festival as well as projects in New York, Tokyo, Dublin, Barcelona and Basel. His career has already brought him to some of the finest houses of the world including Concertgebouw Amsterdam, Berliner Philharmonie, Leipziger Gewandhaus, Wiener Konzerthaus as well as Bayerische Staatsoper, Oper Köln, La Scala, Festspielhaus Baden-Baden, Glyndebourne Festival, LA Opera and the opera houses in Basel, Mainz, Bonn, St Gallen and Karlsruhe.

His repertoire stretches from Erik Der fliegende Holländer (at Maggio Musicale Fiorentino under Maestro Luisi) up to world premieres of contemporary pieces. During his career he has developed a strong focus on contemporary music. Highlights of recent seasons include Alviano Die Gezeichneten, the title role in Dusapin‘s Perelà, Ferraud Oberst Chabert, cover roles in Die Soldaten, Wozzeck and Ligeti's Le grand macabre, as well as contemporary pieces like Canti di vita e d'amore, The Nubian Word for Flowers and A Trip to the Moon. At the Vlaamse Opera he had a huge success with the world premiere of Les Bienveillantes in 2019 and also performed Madame White Snake at the Hong Kong Arts Festival.