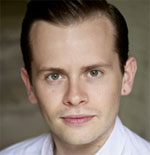 Scottish tenor Liam Bonthrone is a Bicentenary Scholar at Royal Academy Opera, where he studies with Nuccia Focile, Marcus van den Akker and Jonathan Papp. He graduated with distinction and a Concert Recital Diploma from the Guildhall School of Music & Drama, and gained a First Class BMus degree from the Royal Conservatoire of Scotland, where he won a number of prizes. Liam was a finalist in the 2020 Kathleen Ferrier Awards.

Liam is a member of the Samling Artist Programme, and has performed as an Alvarez Young Artist with Garsington Opera. He made his international debut as Bruno in Bellini’s I puritani with the Rotterdam Operakoor in De Doelen. In 2019, he performed his role debut as Don Ramiro in Rossini’s La Cenerentola with British Youth Opera, and won the Dame Hilda Bracket Prize from Sadler’s Wells, and the Basil A Turner Opera Award. As a concert soloist, his repertoire includes major works by Handel, Mendelssohn, Mozart, Bach, Haydn, Finzi and James MacMillan. In recital, he has appeared at London’s Wigmore Hall and Milton Court, and performs frequently in collaboration with pianist Alasdair Hogarth for Classic FM. He has also performed in masterclasses led by artists such as Sir Willard White, Malcolm Martineau, Ian Bostridge, Ann Murray, Edith Wiens, and Roger Vignoles.