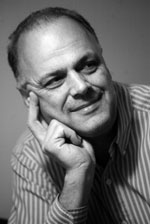 see also Bohuslav Matoušek (violin)
Bohuslav Matoušek is a leading figure in contemporary Czech musical life. He studied with Jaroslav Pekelský and Václav Snítil at Prague’s Academy of Music, and in masterclasses with Arthur Grumiaux and Nathan Milstein. In 1970 he received the special prize at the Tibor Varga International Violin Competition along with a Swiss grant, which enabled him to study with Wolfgang Schneiderhan in Lucerne. In 1972 he won first prize at the prestigious Prague Spring International Competition.

In 1977 Matoušek became the leader and soloist of the Yomiuri Nippon Symphony Orchestra in Tokyo, performing an extensive concerto repertoire with conductors such as Sergiu Celibidache, Kurt Masur, Zubin Mehta and Leonard Bernstein. Between 1980 and 1995 he was leader of the Stamic Quartet, recording over sixty CDs; since 1995, when he left the quartet, he has focused his attention on solo concert performances, ranging from the early baroque to contemporary music; he is still involved in chamber music as the leader of the Czech Philharmonic Sextet and Octet, and with the pianist Petr Adamec.

Bohuslav Matoušek has recorded Martinu’s complete works for violin and piano with Adamec (on four CDs for Supraphon), which illustrates his exceptional affinity with this composer. These discs received widespread acclaim, including a Cannes Classical Award in 2001. Matoušek is also a regular guest of the Czech Philharmonic Orchestra and the Prague Spring Festival.