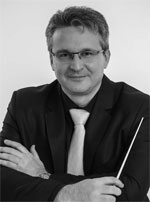 Péter Illényi was born in Budapest in 1974 and grew up in a family of musicians. His relatives include the conductor János Ferencsik. He studied conducting at the Academy of Music in Graz, Austria, where he graduated with honors. During his studies he worked with the Győr Philharmonic Orchestra, the Maribor Philharmonic, the Grazer Symphonisches Orchester and as an assistant with the Orchester National de France in Paris. From 2002 to 2003, he was an assistant conductor and tutor at the Reinsberg Opera Festival. From 2000 to 2006, he was a regular assistant on keyboard instruments for the RSO, Radio Symphonieorchester Wien, the Niederösterreichische Tonkünstler Orchestra, and the Wiener Kammerorchester. Between 2007-2018 he was the conductor and artistic director of the Musica Sonora Chamber Orchestra in Budapest.

Peter Ilényi is currently one of the busiest production and film music conductors in Hungary. Since 2013 he has been the first conductor of the Budapest Symphony Orchestra, since 2014 in parallel with the Pannonia Symphony Orchestra and since 2016 of the Hungarian Studio Orchestra, since 2018 the Budapest Scoring Symphonic Orchestra and besides regularly conducts the Budapest Film Orchestra and the East Connection Orchestra. In addition to the Hungarian, American and European film industries, he makes recordings for the South American, Chinese, Indian and Asian production and film music industries. He regularly collaborates with the world’s largest record labels, including Sony Music and EMI London.

In 2015, as conductor, he co-produced a CD with world-renowned pianist Lang Lang, which was released under the auspices of Sony Classical under the title “New York Rhapsody”.

As a guest conductor, he gives concerts with many Hungarian Symphonic Ochestras. Since 2019, he has been a regular guest of the Miskolc Symphony Orchestra and the Pannon Philharmonic Orchestra. 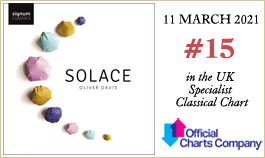