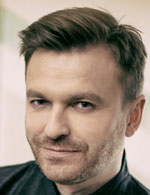 Pavol Breslik became famous as a Mozart tenor. He was Idamante (Idomeneo) at the reopening of the Munich Cuvilliès Theatre; Ferrando (Così fan tutte) at the Metropolitan Opera, New York and in London; and has repeatedly sung Belmonte (Die Entführung aus dem Serail) in Munich. He sang Don Ottavio (Don Giovanni) at his professional debut at the age of 21 in Prague, and has since done so in Salzburg and Munich. The role is now a staple in his repertoire alongside Tamino (Die Zauberflöte). Breslik has sung the latter repeatedly in various productions in Munich (where he made his house debut with this role in 2006), Barcelona, Baden-Baden, and the Metropolitan Opera.

After being a member of the ensemble of the Staatsoper Unter den Linden (Berlin) for three seasons, he started his freelance career in 2006 and has since been a regular guest at the major opera houses in Europe and around the world. He has appeared in major tenor roles at the Vienna State Opera, the Paris Opera, the Bavarian State Opera, the Royal Opera House, Covent Garden, the Metropolitan Opera, Semperoper Dresden, and Berlin’s Staatsoper and Deutsche Oper. He has sung in Japan, Korea and Australia, at the opening of the Elbphilharmonie Hamburg, and at the Vienna Opera Ball 2018. Recent successes include new productions of Nicolai’s Merry Wives of Windsor at the Staatsoper Berlin, and Smetana’s Bartered Bride at Bayerische Staatsoper and Semperoper Dresden.