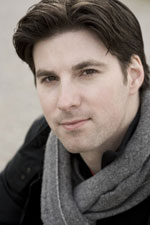 In only a few years Daniel Müller-Schott has established himself on the world’s most important stages. With his authority and technical brilliance, coupled with great intellectual and emotional flair, his interpretations have compelled audiences worldwide. To discover unknown and neglected works, to extend his repertoire on the cello (for example through his own transcriptions), and in particular to work closely with composers and to perform new music, are all of central importance to him.

Daniel Müller-Schott studied with Walter Nothas, Heinrich Schiff and Steven Isserlis. He has also benefited from the personal sponsorship and support of Anne-Sophie Mutter, as the holder of a scholarship from her Foundation. At the age of fifteen, he created a furore by winning first prize at the Moscow International Tchaikovsky Competition for Young Musicians. Since then he has appeared in concert all over the world with such renowned conductors as Vladimir Ashkenazy, Charles Dutoit, Christoph Eschenbach, Michael Gielen, Alan Gilbert, Dmitri Kitajenko, Andrew Litton, Gianandrea Noseda, Yakov Kreizberg, Mikhail Jurowski, Kurt Masur, Sakari Oramo and Sir André Previn, performing with many of the world’s most famous orchestras.

Daniel Müller-Schott was exposed to music at an early age and is dedicated to helping other young people develop an understanding and appreciation of music. He helps to fulfill this goal through his work with the ‘Rhapsody in School’ project, through which classical artists visit schools all over Germany to help cultivate an interest in music.

Daniel Müller-Schott plays the ‘Ex Shapiro’ Matteo Goffriller cello, made in Venice in 1727. 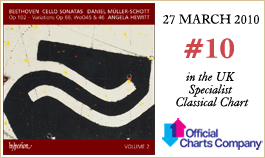