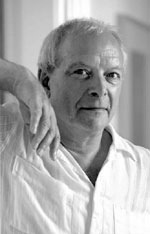 Christopher Hogwood, one of the leading proponents of the early music movement, is Emeritus Director of the Academy of Ancient Music and Conductor Laureate of Boston’s Handel and Haydn Society. He is also a renowned conductor of twentieth-century music, with a special partiality for the neo-baroque and neo-classical schools. Since his student days in Prague he has been especially interested in Czech music and the works of Bohuslav Martinu. He is currently a member of the board of the Martinu Complete Edition, and was awarded the Martinu Medal by the Prague Bohuslav Martinu Foundation in 1999.

Hogwood has a celebrated catalogue of more than two hundred recordings with the Academy of Ancient Music on Decca, including the complete Mozart and Beethoven symphonies. Other projects feature a series of neo-classical recordings with Kammerorchester Basel (on Sony/BMG’s Arte Nova label) and The Secret Clavichord, a series of baroque and classical music for clavichord. Czech Music is represented by three of Martinu’s jazz ballets and the present series of his complete works for solo violin and orchestra with the Czech Philharmonic and Bohuslav Matoušek.

Hogwood’s editorial projects range from sixteenth-century Italian music to the last orchestral work by Stravinsky and include Martinu’s complete ballet La revue de cuisine. A revised edition of his classic Handel biography appeared in 2007 and a recent study of Handel’s Water Music and Fireworks Music has received high praise; he is a recipient of the Halle honorary Handel Prize for his unique contribution to Handel. Hogwood is Honorary Professor of Music at the University of Cambridge and Visiting Professor at the Royal Academy of Music.