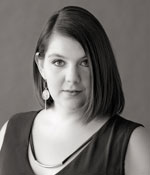 Described by David Nice in The Arts Desk as ‘a mezzo of many colours, subtlety, dramatic intelligence and a crucially brilliant top’, Austrian mezzo-soprano Sophie Rennert was a member of the Young Singers Project at the 2013 Salzburg Festival, and a prizewinner of both the 2014 International Mozart Competition Salzburg and the 2016 Cesti Innsbrucker Festwochen der Alten Musik.

First taught by her mother, Sigrid Rennert, before studying with Karlheinz Hanser and Charles Spencer at Vienna’s University of Music and Performing Arts (MDW), Sophie was a member of the Konzert Theater Bern from 2014 to 2016, and has since been a freelance musician. Sophie’s operatic repertoire ranges from Baroque works by Purcell, Rameau, Handel and Vivaldi, through Mozart and operetta to contemporary works. She has enjoyed great success playing Idamante in Idomeneo, the title role in Handel’s Lotario, Angelina in Rossini’s La Cenerentola, and Harper Pitt in Peter Eötvös’s Angels in America.

A versatile artist, Sophie has established herself as a concert singer, working with renowned orchestras such as the Vienna Philharmonic Orchestra, the Mozarteum Orchestra Salzburg, the Orquesta Nacional de España and the Gothenburg Symphony Orchestra at the Salzburg, Bayreuth, and Göttingen International Handel festivals, among others. The list of conductors with whom she has worked is extensive, and includes David Afkham, Ivor Bolton, Semyon Bychkov, Laurence Cummings, Ádám Fischer, Hartmut Haenchen, Philippe Jordan, Andrés Orozco-Estrada, Marc Piollet and Andreas Spering.

With distinguished accompanists such as Graham Johnson, Joseph Middleton, Helmut Deutsch and Julius Drake, Sophie has been invited to give recitals at the Schubertiade, Vienna Musikverein, Vienna Konzerthaus, Wigmore Hall, Concertgebouw Amsterdam and Elbphilharmonie Hamburg.