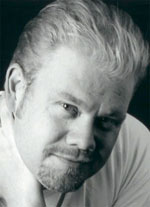 Stuart Skelton has emerged as one of the finest heroic tenors of his generation with performances on leading concert and operatic stages from his native Australia to Asia, Europe, and North America. His repertoire encompasses many of opera’s most challenging roles, including Wagner’s Erik and Siegmund, Beethoven’s Florestan (Fidelio), Saint-Saëns’ Samson (Samson et Dalila), and the title roles in Peter Grimes, Parsifal, and Lohengrin. More recently he has performed in Das Lied von der Erde, Wozzeck, Der Freischütz, Die Frau ohne Schatten, and Der Fliegende Holländer.

Closely associated with Siegmund in Die Walküre, Skelton has performed the role at Seattle Opera, Opéra National de Paris, and the Metropolitan Opera. His portrayal of Peter Grimes has been presented at the BBC Proms conducted by Edward Gardner, at the Opera de Oviedo, and in Toyko at the New National Theatre. He has worked with, among others, Sir Simon Rattle, James Levine, Daniel Barenboim, Michael Tilson Thomas, Daniele Gatti, Fabio Luisi, and Jonathan Nott, at venues including the Metropolitan Opera, Staatsoper Hamburg, Opernhaus Zürich, and Berlin State Opera.