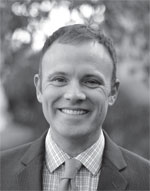 Stephen Mark Singleton is a renowned conductor, composer, writer and guest speaker. His unique career path has taken him all over the world including China, Africa, South America and Europe, working with choirs and orchestras of all ages and styles. His energetic and magnetic leadership has made him one of the most sought-after conductors in New England.

Mark is frequently asked to be a guest speaker at concerts, universities, and faith communities. He currently serves on the faculty of the Hartt School of Music Community Division as Director of Primi Voci from the Connecticut Children’s Chorus. Mark has also served on the faculty of the University of Connecticut and Central Connecticut State University as well as in public schools. While at UConn, he conducted the Concert Choir, Collegium Musicum and the Women’s Chorus.

Mark holds an undergraduate degree in cello performance and church music from William Jewell College and a Master of Music degree in choral conducting from the University of Connecticut. He has pursued additional conducting studies at the Robert Shaw Festival, the Dennis Keene Choral Festival and the Conductor’s Institute of South Carolina. His principal conducting teachers include Peter Bagley, Charles Bruffy, and Phillip C. Posey.

Mark made his New York City debut with Voce and Paul Mealor, performing at the Cathedral of St. John the Divine in May 2017. Mark also prepared the Connecticut Children’s Chorus to perform at the Berkshire Choral Festival International in July 2017. In March 2019, he was appointed as the Conductor-in-Residence at the University of Aberdeen, Scotland, working alongside Paul Mealor.