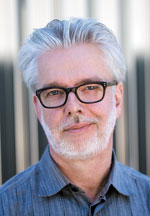 Jukka-Pekka Saraste has established himself as one of the outstanding conductors of his generation, demonstrating remarkable musical depth and integrity. Born in Heinola, Finland, he began his career as a violinist before training as a conductor with Jorma Panula at the Sibelius Academy in Helsinki.

His extensive discography includes the complete symphonies of Sibelius and Nielsen with the Finnish Radio Symphony Orchestra, alongside numerous critically acclaimed recordings with the Toronto Symphony Orchestra. Recordings with the WDR Sinfonieorchester of works by Mahler, Schoenberg, Stravinsky, Brahms and Bruckner, along with the complete symphonies of Beethoven, have received widespread acknowledgement.

Jukka-Pekka Saraste has received the Pro Finlandia Prize, the Sibelius Medal, and the Finnish State Prize for Music. He has been awarded honorary doctorates from York University in Toronto, and from the Sibelius Academy in Helsinki.