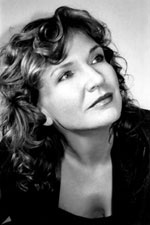 Anne Schwanewilms was born into a musical family at Gelsenkirchen in the Ruhr, but studied gardening before training as a singer with the great German bass Hans Sotin in Cologne. (Gardening remains her favourite relaxation, and between engagements she is creating a new garden with her husband Heinz at their lakeside home near Berlin.) She learned her craft between 1991 and 1996 as a member of the Cologne Opera ensemble, and began as a mezzo, singing, among other roles, Dorabella in Mozart’s Così fan tutte. Nevertheless, it soon became clear that her voice was settling into a soprano.

Her first soprano role was Gutrune in Götterdämmerung, for the 1996 Bayreuth Festival Ring, and she quickly came to specialize in the German Romantic soprano repertory. In 2002 she was named ‘Singer of the Year’ by the prestigious German magazine Opernwelt. Around this time her voice was becoming lighter, and she decided to concentrate on the lyrical heroines of Strauss, as well as exploring the rich repertoire of Strauss songs, both with piano and orchestra. Nevertheless, her voice remained as dramatic as ever, and Anne still loves to sing Strauss’s Ariadne, Verdi’s Desdemona, Elisabeth in Tannhäuser, Elsa in Lohengrin, and Marie. She has been a spectacular star in the revival of early twentieth-century operas by Franz Schreker.

As an artist with an exceptional gift for communicating with audiences, Anne enjoys concert work as much as opera. Her orchestral repertory includes symphonies by Mahler, Mendelssohn and Zemlinsky and the orchestral songs of Strauss, especially the Four Last Songs. She also loves to share and project the drama of words and music for audiences in smaller recitals, and she works regularly with two of the leading British accompanists, Roger Vignoles and Malcolm Martineau.