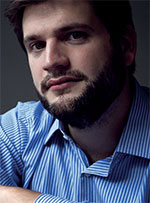 John has a strong interest in song repertoire and performs in the Songsmiths series at St John’s, Smith Square. John gave his debut Wigmore Hall recital in 2013, with a programme including Brahms, Schubert, Vaughan Williams and Ravel.