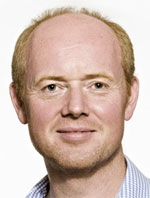 Mark Le Brocq held a choral scholarship at St Catharine’s College, Cambridge where he read English. He also studied at the Royal Academy of Music with Kenneth Bowen and later continued at the National Opera Studio.

Mark has performed as a recital and oratorio soloist in the USA, France, Germany, Spain and the Middle East, as well as all the major London venues. He has appeared with the Gabrieli Consort and Paul McCreesh at festivals throughout Europe. Other concert engagements have included Mozart’s Requiem with the English Concert and Trevor Pinnock in Salzburg and for the BBC Proms; Verdi Opera Galas in Bath and Hampton Court with Montserrat Caballe and Dennis O’Neill; Verdi and Mozart Requiems at the Barbican; The UK premiere of Strauss’s The Donkey’s Shadow with Sir Peter Ustinov at the Covent Garden Festival, Oebalus Apollo et Hyancinthus for Opera Theatre Company and the Classical Opera Company and Agenore Il Re Pastore for the Classical Opera Company. He has recorded Ruiz