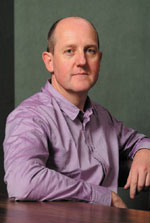 British bass Alastair Miles is one of the UK’s most renowned singers, returning regularly to the operatic stages and concert platforms of Europe, the USA and the Far East. His international career was launched in 1986 when he won the Decca Kathleen Ferrier Prize at the Wigmore Hall in London. He is recognized for his stylistically wide repertoire, equally at home with music of the Baroque period and with the romanticism of Verdi and Wagner.

He has performed in many of the major opera houses and festivals worldwide, including the Metropolitan Opera and San Francisco Opera in the USA; the Royal Opera House, English National Opera, Glyndebourne Festival Opera, Welsh National Opera, Scottish Opera and Opera North in the UK; on the Continent he has performed for Opéra national de Paris, Opéra Royal de Wallonie, Wiener Staatsoper, the Deutsche Oper Berlin and the Bayerische Staatsoper, La Scala and the Salerno Festival.

In addition to his ongoing recordings of neglected nineteenth-century Italian and French opera with Opera Rara, Alastair has appeared on award-winning recordings of Verdi’s Requiem and Beethoven’s Missa Solemnis with Sir John Eliot Gardiner, Mendelssohn’s Elijah with Kurt Masur and the Israel Philharmonic Orchestra and Berlioz’s L’Enfance du Christ with Robin Ticciati. He has also recorded solo recitals of songs by Brahms and Wolf, and a collection of ‘Great Operatic Arias’.